The Last Rose of Summer

While working independently as a pre-med student at Cleary University, the soon-to-be physician, Mary Austin, discovers a remarkable, non-toxic drug that could offer tremendous hope to cancer patients. Her work is headed for publication in a top medical journal until a drug company begins negotiations with her bosses from which she is mysteriously excluded.

Click to Learn More About The Last Rose of Summer 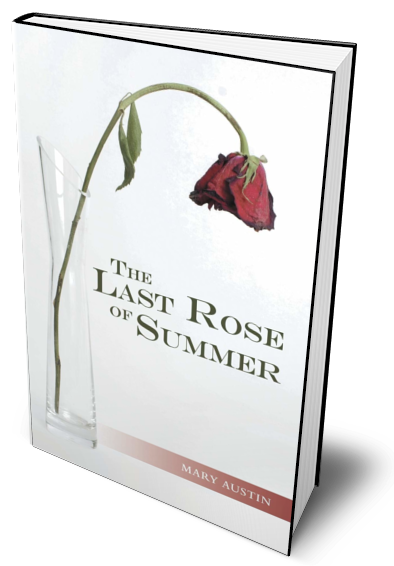 An Excerpt from The Last Rose of Summer by Mary Austin

A veteran of both the laboratory and the hospital wards, Helena said nothing, just closed her eyes briefly. She’d lost a lot of her patients back in her home country. She opened her eyes again and breathed deeply, keeping her expression calm.

“Wow, Mary,” she said quietly. “A Nature paper in one summer. Not bad.”

Well, yes, that would be the immediate goal. But what if it meant more than even a paper in a top-tier journal? What if this was about a lot more than my career?

Right then, we didn’t even dare say anything on that subject. Right then, looking at the first confirmation, saying it was just too much.

“B37” is not the real name of the cultured tumor cell line mentioned in the cover copy, nor was it derived from pancreatic cancer. This is the only fictionalized part of the science in the book.

What inspired your story, The Last Rose of Summer?

It never should have been necessary to publish The Last Rose of Summer. The content should have been a scientific paper years ago. After years of efforts to see this discovery through the usual process of drug development in the US and several other countries, I finally had no choice but to go public. It will take several more books to describe everything I did and all the threats I faced.

Though this is a tragic tale, there is also hope within it. I have reason to believe that the clinical trials of the drug have been done in a developing country. To see the results, I had to commit to keeping this situation secret, which I would not do. Whatever they are, they’re apparently motive for murder.

Would you tell me about where the book takes place?

I’m afraid not, even though “It’s the truth” is a defense. I had to get this published somehow, and lawyers gonna lawyer.

How long did The Last Rose of Summer take you to write?

I started writing it in 2015. I actually tried to start writing it sooner, but the trauma at “Cleary” University, fictitiously named for the last woman burned as a witch in Ireland, had caused me to black out a lot of my memories from that time. However, in late 2015, my memories started coming back for an ironic reason.

When I started posting the story on the internet in pieces, I started getting sick and did not know why. It took months to find out why I was vomiting so much, in addition to a lot of other symptoms. Electromagnetic radiation poisoning affects human memory, so even as my short term memory dissipated, my blacked out long term memories of “Cleary” came back. The poisoning was meant to keep me from writing the book but ironically enabled me to remember nearly everything and write the story out.

Some memories are blacked out for good. At 21, I was new to such threats. Danger was much more traumatizing than it was later, when I became accustomed to it. (Yes, this is possible.) The events of my final months at “Cleary” remain something of a jumble, and I had to call my father to ask him what he remembered me telling him back then.

Although I hate that the book is necessary and that I was only able to start writing it in 2015, perhaps the timing was right; as one of my friends pointed out at that time, “If you’d done this ten years ago, nobody would have believed you. But now, with the opioid crisis, everybody knows about the drug companies,” to which I replied, “Yes, I know. That’s why I didn’t do it ten years ago.”

Subsequent attacks delayed the publication of the book and kept me from organizing it the way I would have if I had been healthy. I can be poisoned with neurotoxic radiation and still write serviceable line by line prose, but the higher level organization that goes into writing a normal novel wasn’t possible. I could restructure the book now that I’m better, but that would only cause another delay. The story is there, at least, and that’s going to have to do.

How many books will there be in the Last Rose of Summer series?

The first book covers the years 2000 to 2010, which is why it’s so compressed. If I’d written it like a normal novel, it would have been three books.

The second book, Abide With Me, which is mostly written, covers 2011-2016. At least one more book will be necessary after that. It will be called The Wild Bright Bird.

Will there be a movie for each book?

Everyone I talked to in publishing felt the first book should be a movie, and this is under discussion. Certainly the events of the subsequent books provide plenty of suspense for movies, though it somewhat spoils the effect that, at least for now, I’m still here.

Read more Frequently Asked Questions (FAQ)
What Readers Say
It’s always great to know what readers think of my books.
So if you’d like to send me a book review, I’ll post it on my website here!
BUY NOW ON AMAZON!
BUY NOW ON BARNES & NOBLE
BUY NOW ON BOOKS A MILLION
BUY NOW ON INDIE BOUND 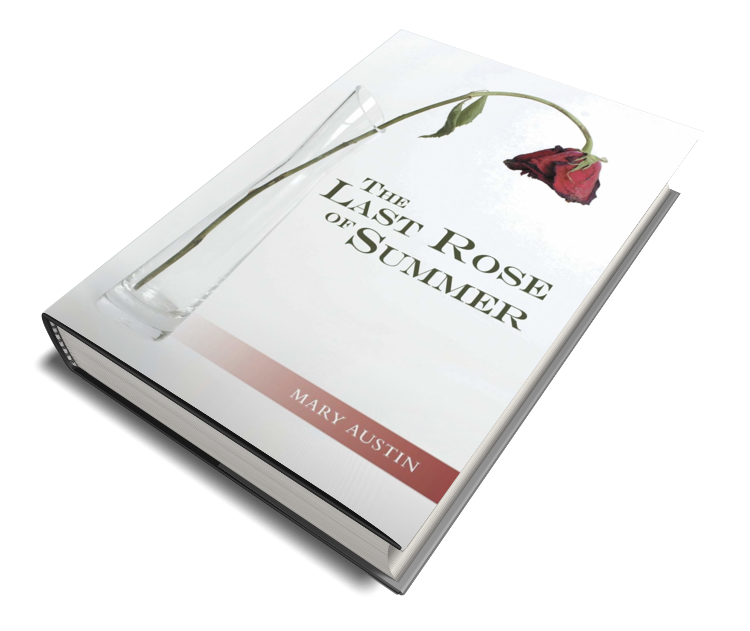